Understanding your unique proposition, your aims, your products and your audiences.

“... the campaign has been an enormous success and replies are flooding in… the invitation to our ball has captured the imagination of so many people …”

This direct marketing campaign included an invitation from Stephen Fry to a glittering ball with a difference, no guests, no event – the appeal was raising funding for a national helpline for Missing People, the format generated a great response.

Crafting beautiful communications to reflect your brand. Accessible and empathetic design artworked to reinforce your impact.

“... the entire process from the rather rough idea for an information leaflet through to the final design was easy, quick and straightforward, you always seemed to be one step ahead with suggestions and ideas ...”

This flyer was designed to raise the company profile, generate referrals and for general information, it is also available to download from the company website.

“...  this is a great addition, you have caught a fabulous transformation ...”

Some examples designed by Coralie Walker.

This was how Direct Response magazine described an award-winning direct marketing campaign art-directed by Coralie Walker for the National Asthma Campaign (Asthma UK). The mailing was designed to raise awareness of a life-threatening condition and the original pack raised twice the target income with an engaging, cost-effective format using an intriguing involvement device, a straw. The mailing pack remains the charity's 'banker' pack over 20 years later, the original was a team effort between agency and client and it was Coralie who suggested including the straw as an involvement device to experience how it feels to live with asthma. Coralie artworked the original mailing which was hand-stamped in 1991.

The charity’s fundraiser said ‘this pack achieved considerable notoriety and was widely copied by other organisations trying to develop their own equivalent version’ read the full SOFII case study here.

A campaign planner at Pell & Bales handed out the involvement device at an industry event IWITOT 2014 and said 'I Wish I Had Thought Of That' watch the footage here. The premise continues as the #strawfie challenge.

From fundraising to fundraisers 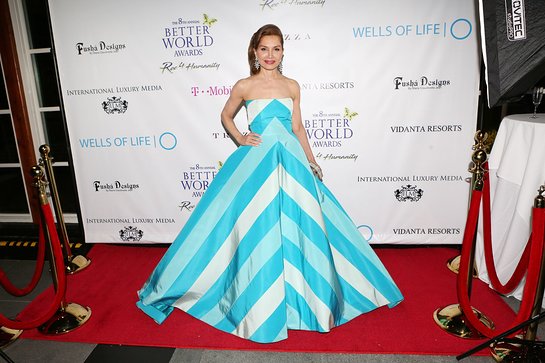 The redesigned logo for The Annual Better World Awards designed by Coralie Walker was shown behind guests on the red carpet at the Roc4Humanity-themed event, a benefit for Wells for Life at The Loeb Boathouse, New York in 2018. Photo reproduced with permission © Krista Kennell/Patrick McMullan

Please get in touch.

This website is fully responsive and requires Javascript.
Please enable javascript to use this site without issue.